Phase-out gas powered leaf blowers within The Town of Mt. Pleasant, N.Y. by 2021

Phase-out gas powered leaf blowers within The Town of Mt. Pleasant, N.Y. by 2021 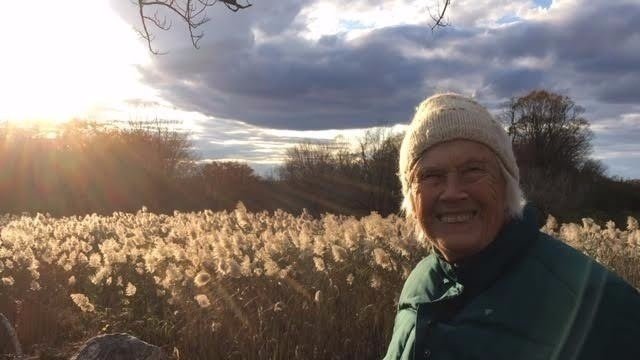 As part of Mt. Pleasant's GoGreen Initiative we the undersigned respectfully urge the board to BAN TWO STROKE GAS POWERED Back-Pack LEAF BLOWERS AND PUSH BLOWERS IN MT. PLEASANT, New York (incorporated villages of Pleasantville, Sleepy Hollow, and a small portion of Briarcliff Manor. The remaining area of the Town is unincorporated and includes the hamlets of Hawthorne, Thornwood, Valhalla and Pocantico Hills).

We encourage the beginning of a conscious plan to phase-out all gas powered high noise (over 65 decibels) machinery and machinery which unnecessarily pollutes the air we breath and contributes to global warming by 2021. Some states offer incentives to landscapers helping the process along so too, we encourage the board to consult with various organizations such as Quiet Communities in Massachusetts and American Green Zone Alliance both dedicated to helping entire municipalities transition to quieter, cleaner alternatives to gas powered machinery.

We understand a deep concern for landscaping businesses prevails in the face of increasing bans throughout the country. Studies in California where 30 cities have banned the gas powered blowers found landscapers suffered no loss of business but merely adjusted their methods for their own sake and that of the communities and grounds they serve.

Fallen leaves shelter plant roots from excessive heat and cold, and once they decompose, they keep the soil healthy. Currently The New York State Department of Conservation recommends phasing out gas powered equipment and leaving leaves in place. Insects house in the leaves feeding birds over winter. Pollinators such as butterflies and moths also shelter in leaves on the ground so when leaving leaves alone we help to increase their threatened populations. Mowing over the leaves to add natural fertilizer to a lawn is another alternative if we seek a more manicured look. Americans spend millions of hours and millions of gallons of diesel and gasoline to get rid of those leaves which serve an important task. There is plenty of evidence that leaf blowers are extremely polluting and should not be used at all. Leaf blowers have a carbon footprint 30 times larger than a passenger car. Leaf blowers account for a significant percentage of the total air pollution in this country.

We the undersigned support an immediate ban of gas powered blowers in the hamlets and full phase out of gas powered leaf blowers in the Town of Mt. Pleasant in parallel with many other communities around New York and the country, as a measure to improve the physical and mental health of the residents and in particular, the respiratory health status of children.

Internal combustion power tools and leaf blowers pose multiple hazards to human health. Doctor's from Mount Sinai Hospital in Eastchester wrote in a 2010 letter to the town board of Eastchester in favor of restrictions. A group of pediatricians, social workers and industrial hygienists concluded:

"Children are the most susceptible members of our population to the hazards leaf blowers pose because they breathe more air per pound of body weight per day than adults and thus inhale more of any pollutants that are thrown into the air by this equipment. Children’s vulnerability to the health effects of this equipment is further magnified by the fact that they are passing through the stages of early development, and thus their lungs, ears, eyes, and other organ systems are inherently more sensitive to environmental hazards than the organs of adults. The hazards associated with leaf blowers and some internal combustion power tools include:

Leaf blowers create large volumes of airborne particulates, many of which are respirable. Inhalation of these small airborne particles can provoke asthma and other respiratory diseases in children and can increase the severity of chronic lung disease in our elderly. Some of the other potential pollutants from leaf blowers and internal combustion power tools are carbon monoxide, nitrogen oxides, hydrocarbons, and, even, ozone formed from some of these other pollutants. Even lower level exposures have been associated with respiratory and central nervous system effects. These types of exposures would vary based on weather, wind, use or nonuse of protective gear and type of machine used. In general, children are more vulnerable to such exposures because they breathe faster, are rarely wearing protective equipment, are closer to the ground, and have still developing organs.

Noise is a second hazard associated with much of this equipment. Manufacturer estimates of noise levels from leaf blowers for bystanders 50 feet away are about 70 dB. The noise is louder if residents are closer. The World Health Organization recommends general daytime outdoor noise levels of 55 dB or less. Noise may affect quality of life by impairing communication, reducing accuracy of complex tasks, and increasing stress. The intense, high frequency noise that leaf blowers generate can cause loss of hearing in the workers who operate these machines and can also affect hearing in children and other persons. The ears of infants and young children are especially vulnerable to the high intensity noise that leaf blowers produce because their auditory systems are undergoing rapid growth and development, and these developmental processes are easily disrupted."

Noise disturbs neighborhood peace and quiet, raises our blood pressure and triggers our fight or flight instinct. "Calling noise a nuisance is like calling smog an inconvenience. Noise must be considered a hazard to the health of people everywhere," former U.S. Surgeon General William H. Stewart told the Miami Herald.

Any noise above 75 decibels risks causing hearing damage, yet many people are exposed to a steady stream of sounds that range beyond safe levels, according to the World Health Organization. This is true of people who use leaf blowers, which can reach decibels well into the 90s and above up close, as well as people who hear them by being in proximity.

Addition of noise to the upcoming American Public Health Association's annual conference (in Philadelphia on November 2 - 6, 2019) program displays renewed recognition by the organization that unwanted and/or harmful sound, from low-flying aircraft to leaf blowers and loud noise in restaurants, bars, clubs, concerts, theaters, and sports arenas, has long-term health consequences for those exposed.

The American Public Health Association compares environmental noise with the effects that cigarette smoke has on nonsmokers nearby and has prompted interest from the national media on the subject, including feature articles in The Atlantic, The New Yorker, The New York Times, The Philadelphia Inquirer, and The Washington Post.

Concern about community noise and occupational noise was formally recognized by APHA in 1968, with a policy declaration that there was “a dire need” for collaboration to control “nuisance noise.” Four years later, the United States Congress enacted the Noise Control Act stating that inadequately controlled noise presents a growing danger to the health and welfare of the Nation’s population. The Act created the federal Office of Noise Abatement and Control to educate, research, and regulate. However, funding for the Office ended in 1982. APHA, in 2013, issued a policy statement calling on public and private agencies to take steps to address noise pollution.

“Awareness of noise and its adverse health impacts [now] needs to be raised and public policy is lacking,” Jamie Banks, founder and executive director of Quiet Communities, Inc., said. “More people than ever are exposed to harmful levels of noise causing auditory health effects such as hearing loss and tinnitus, and non-auditory health effects such as cardiovascular disease, cognitive and learning effects, and exacerbation of psychological conditions.”

Man-made noise harms wild-life. A recent article put out by The National Park Service states: "Sound, just like the availability of nesting materials or food sources, plays an important role in the ecosystem. Activities such as finding desirable habitat and mates, avoiding predators, protecting young, and establishing territories are all dependent on the acoustical environment. In order to continue with these activities, animals are being forced to adapt to increasing noise levels. Research shows that males of at least one frog species are adapting to traffic noise by calling at a higher pitch (Parris et al. 2009). This could be problematic for the females, because they prefer lower-pitched calls, which indicate larger and more experienced males. Human-caused noise has produced similar results in multiple bird species (Barber et al. 2009)." The noise from increasing landscaping activities disturbs nesting and breeding of birds and harms microorganisms and other wildlife, and is bad for the soil.

Not least of all, leaf blowers are particularly harmful to the workers who use them often without protection for ears, eyes and lungs. The assault on their bodies, minds and human spirit is extreme and a ban would force healthier means of beautifying landscapes, a win-win for everyone.

Yes, grasses used for lawns might be smothered by excess leaves, but it’s much better to mow right over the leaves and create mulch than to blow them away. Leaf mulch will settle into the grass, provide nutrients and reduce the need for fertilizers, weed killers and insecticides furthering a healthier environment for our children.